On an ordinary day, George Dotzler may deal with wind speeds equivalent to a Category 5 hurricane, torrential rains akin to a monsoon and seismic shifts that feel like an earthquake. Rounding out the day could involve a heat wave and an arctic blast.

Mr. Dotzler, 58, is the director of operations for the Construction Research Laboratory, where builders, developers and architects go to test the durability and stability of glass building facades, called curtain walls. Located at what looks like an abandoned airfield in Miami, the lab has 38 sealed test chambers and all the equipment to replicate the forces of nature.

A mock-up of a facade at the testing lab.(Photo Credit: Scott McIntyre for The Wall Street Journal)

With skyscrapers sprouting up around the world, demand for structural testing is strong. Big-name architects are increasingly designing towers with quirky shapes, and developers must go to greater lengths to ensure that the unusual curves and crannies can withstand even the harshest conditions. While some testing is required by municipal law, most developers are going the extra mile, since they can’t afford to start mending ruptures and leaks once their buildings are up. Only three or four facilities in the U.S. have experience testing super-tall structures, Mr. Dotzler estimated.

In recent years, the company has been testing 53W53, a 1,050-foot-tall tower designed by architect Jean Nouvel that is under construction adjacent to the Museum of Modern Art in midtown Manhattan. Scheduled for completion in 2019, the 82-story building will have 145 luxury condominiums. The developers—a partnership between Houston-based Hines, Singapore-based Pontiac Land Group and Goldman Sachs —decided on a tapered structure with criss-cross structural framing on the exterior.

“Everything in this curtain wall is bespoke, custom-made for this building,” said David Penick, managing director at Hines. “Every piece of aluminum. Nothing is off the shelf.”

The developers had 6,000 panels of triple-paned glass custom-made by German manufacturer Interpane. Some were incorporated into two mock-ups, which typically include the trickiest, most vulnerable elements of the building, such as the corners, joints and vents, what Mr. Dotzler calls a “Frankenstein arrangement.”

“It’s like a doctor wanting to test a human being by putting together a mock-up with one ear, one nose and one elbow,” Dotzler said.

The mock-up went through a litany of tests. In one of the chambers, both inward and outward pressure was exerted on the glass as part of a water-infiltration test to see how much the design could sustain without cracking or leaking. The pressure was equivalent to about 77.5 mph winds.

Later, a Pratt & Whitney R-2800 aircraft engine with 13-foot propellers was positioned in front of the mock-up. Mr. Dotzler turned on the water spray rack and cranked up the speed of the generator to simulate a dynamic wind load—an effect that’s similar to a hurricane. Researchers then attached a hydraulics system to the structure of the building and shoved segments right and left in an attempt to determine whether they’d be secure in case of an earthquake or wind drift.

“Some of the pressures exerted on these facades far exceed what is likely to occur naturally,” Dotzler said. “If the facade survives these loads, it’s been well-designed and is sufficiently strong. The testing took several weeks and cost about $150,000. No major changes to the facade were made as a result.”

National Certified Testing Laboratories, based in York, Pa., tested a mock-up of an 88-story luxury condo tower scheduled for completion next year in downtown Manhattan. The building, called 125 Greenwich Street, was designed by Rafael Viñoly and features rounded corners.

Steven Della Salla, a managing partner at Bizzi & Partners Development, said his company paid about $210,000 to create the mock-up of 125 Greenwich Street, and another $163,000 for the tests themselves.

Mr. Dotzler said his company also is popular with Hollywood filmmakers, who like to shoot the facility’s post-apocalyptic aesthetic.

“We’ve hosted a couple of episodes of ‘Graceland’ and ‘Burn Notice,’ ” Dotzler said. “But we try to have them only after hours or on weekends.” 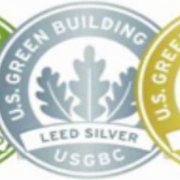 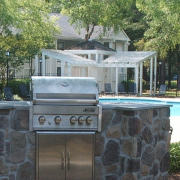 What Americans Want In Apartments 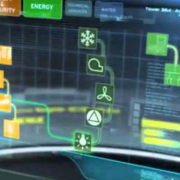 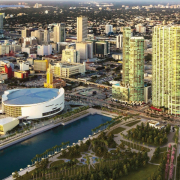 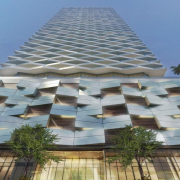 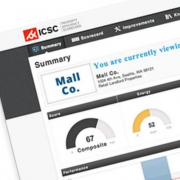