Speaking to a Greater Miami Chamber of Commerce crowd, an American Dream Miami consultant said construction on the massive theme-park-oriented mall may not begin until 2025, three years after all roads and expressway interchanges into the development have been completed.

In the meantime, fostering more development around public transit hubs is the key ingredient in creating the kind of critical mass that will transform Miami into a true urban center, according to a panel of downtown and Brickell developers.

“Bringing in the Brightline commuter train into downtown is going to be transformative for the city,” said Greg West, president and chief development officer at ZOM. “It not only elevates Miami, but all of South Florida on the global stage. It should bring more population.”

West joined Swire President Kieran Bowers and Henry Pino, managing member Strategic Properties Group and Alta Developers, in a discussion about builders capitalizing on Miami’s continuing evolution. It was the second of two panels during the Greater Miami Chamber of Commerce 2017 Real Estate Summit held at Jungle Island on Friday.

“We are trying to expand our projects to be closer to the train stations,” he said. “We just closed on a property that will be 900 feet from the Dadeland South Station,” Pino said. “We have another one in South Miami that is across from city hall and within walking distance to another Metrorail station.”

“My experience with Metrorail is that it is fine once you get on it,” Bowers said. “But getting to the stations is the real problem.”

During the earlier panel, three developers building massive projects in the northwest area of Miami-Dade discussed the challenges they face breaking ground, noting it can take years to cut through the regulatory red tape. The panelists were Jose Gonzalez, vice president of corporate development for Florida East Coast Industries, Stuart Wyllie, CEO of the Graham Companies, and Edgar Jones, president of Edgar Jones & Co., which is part of the development team building American Dream Miami.

Gonzalez talked about the hoops Florida East Coast jumped through simply to prepare a former landfill for development into an industrial park.

“We bought the land in 2004,” Gonzalez said. “We literally just broke ground last year. And it will take 10 years to build out that park.”

Jones said that construction of American Dream cannot begin until the state and county finish building all the roads and expressway interchanges that provide access to the gargantuan entertainment and shopping destination.

“That will be completed in 2022,” Jones said. “Construction of the mall won’t start until three years after that.”

Jones also groused about amount of time the developers have been required to spend on traffic studies to convince county officials that American Dream will create more gridlock in an area already plagued by traffic congestion.

“The development team has widened the scope of the areas that may be impacted by more traffic so much that we now know the traffic impact in Santa Monica, California,” Jones said in jest.

He also claimed that if American Dream opponents succeed in killing the project, the massive assemblage of land would be developed into industrial parks.

“You will have trucks on the road at significant levels,” Jones said. “Those trucks will be out during rush hour.” 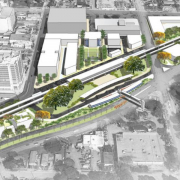 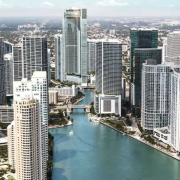 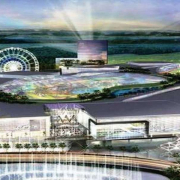 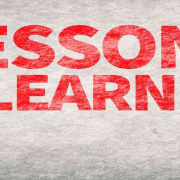 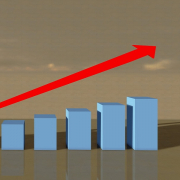 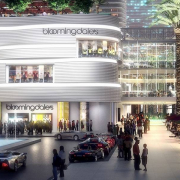 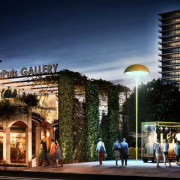 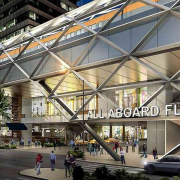 Check It Out: The View From The Top Of Florida’s Tallest Building