Flagler Street renovations have been halted in order to consider a fresh idea from Moishe Mana, who owns property in the area.

The proposal calls for a much more pedestrian-friendly design. The “curbless” cobblestone street would place car traffic and pedestrians at the same level, separated by bollards and landscaping

On-street parking would be mostly removed in favor of wider sidewalks, with more room for restaurant seating and other amenities.

The presentation was obtained by The Next Miami from Miami’s Downtown Development Authority. Directors voted in February to stop ongoing construction work that had been in planning since at least 2011, in order to consider implementing the new plan.

The new plan would cost an additional $6 million and 36-42 months to build. Funding for the current project comes from the city, county, DDA and stakeholders in the area, but county funding may be at risk if the project is delayed, according to Miami Today. 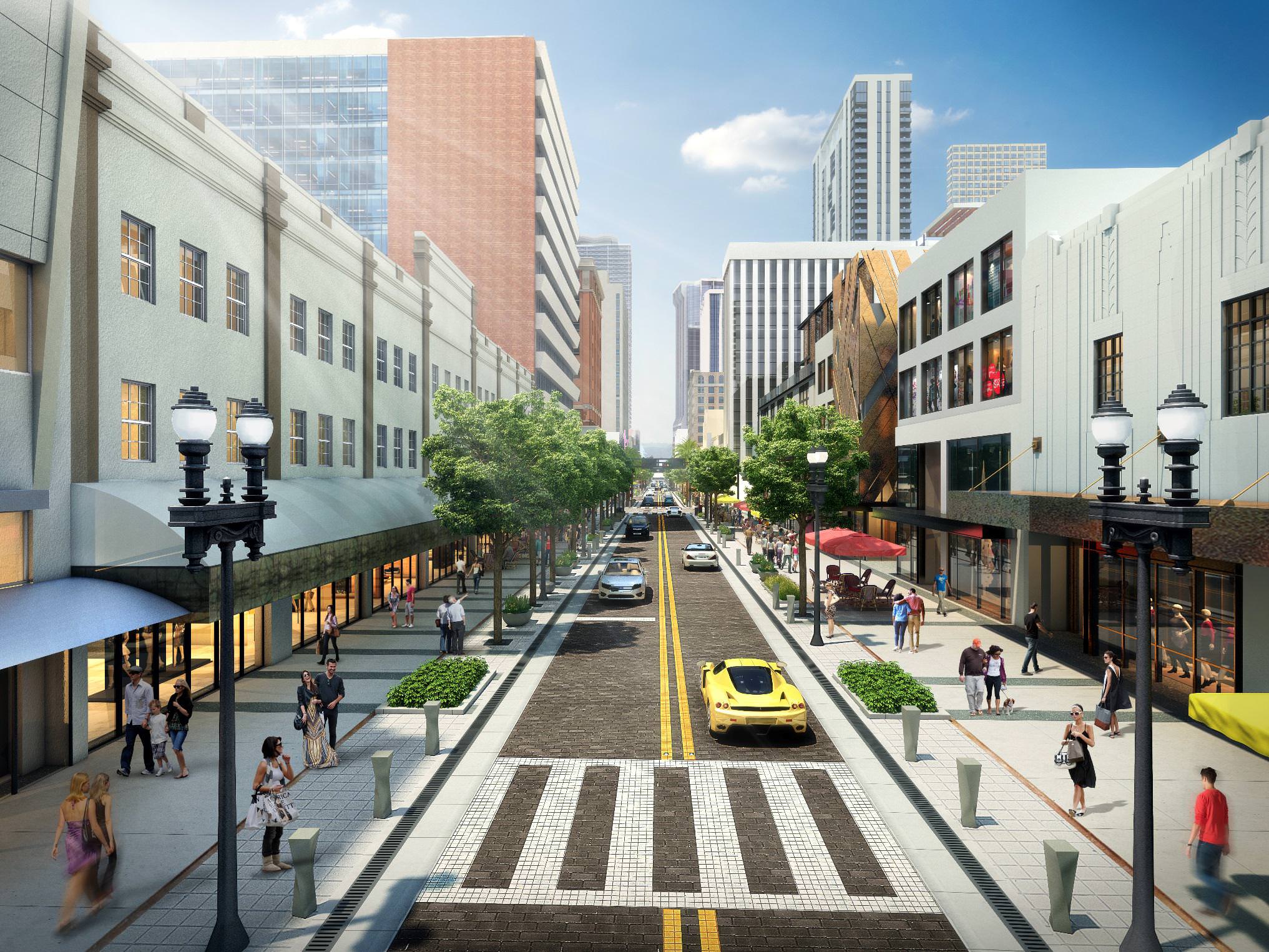 New stats are rolling in that make investors smile and developers move perhaps even more quickly. For starters, Downtown Miami’s condo market has posted two straight years of price appreciation. At the same time, land values are escalating and developer yields are compressing. Overall, land transaction volume is increasing. All this is according to a new study the Miami Downtown Development Authority (DDA) commissioned.

“The demand drivers of an urban lifestyle continue to provide motivation for suburban or Miami Beach residents to reconsider the Downtown Miami area,” says Anthony M. Graziano, senior managing director for Integra Realty Resources in Miami. “As the large-scale projects continue to progress, along with the development of a more transit-oriented metro area, Downtown Miami will benefit from increased downtown housing options.”

Turning to rentals in the urban core, prices are rising. That, in turn, is supporting more end-unit pricing increases and an overarching demand for new multifamily projects. Specifically, rents in Downtown Miami are appreciating by over 5% each year and are on track to experience annualized increases of 8% in 2014.

With such strong demand, new rental construction is moving ahead at a rapid clip. Developers currently building 2,301 multifamily units in five downtown projects. Another 2,742 units are in the planning phase of development to meet the demand, including strong demand from Millenials, who are moving to Downtown Miami in droves.

The third quarter saw some of the biggest blockbuster land sales in history, including the Epic Marina Site in the CBD that sold for $125 million, representing $2,296 per square foot. Ten land sites have either recently sold or are being marketed for sale through July 2014. In addition, there are three additional land transactions all upward of $50 million expected to close by the fourth quarter 2014.

“In 2008 many condos were sitting empty and pundits predicted they would remain dark for years to come,” says Alyce Robertson, executive director of the Miami DDA. “Local job growth, combined with foreign buyers and investors from Europe, South America and Asia have acquired most of the inventory and prices are again increasing even as dozens of new projects are in the works. Downtown Miami is witnessing a metamorphosis and evolving into a true 24/7 city as restaurants and retailers come online in the urban core.”