“The concept behind the new technology is to make solar panels “as appealing as electric cars,” Musk told the audience. “The goal is … to make solar roofs that look better than a normal roof, generate electricity, last longer, have better insulation and an installed cost that is less than a normal roof plus the cost of electricity,” Musk said. Musk is also chairman of SolarCity, which Tesla plans to buy in a $2.2 billion acquisition deal.

Traditional solar panels typically have photovoltaic cells assembled on a rectangular glass frame that sits on top of a roof. Tesla and SolarCity have updated the look by embedding technology that converts sunlight into electricity within glass roofing tiles. The goal is to make solar panels less of an eyesore and more of what consumers would like to install on their modern homes. Musk showcased various types of solar roofs, which were set up on mock buildings around the studio.

Tesla will make four variations of the glass roof tiles: an American-style textured glass tile; a French slate roof tile; one with a smooth, modern look; and a Tuscan tile that mimics Italian terracotta roofing. SolarCity will begin making solar products next summer at a factory in Buffalo, New York. In addition to the solar panels, Musk also revealed new versions of its batteries for buildings and the power grid. Tesla’s newest generation Powerwall 2 will cost $5,500 and can provide 14 kilowatt-hours of electricity, which is enough juice to power a four-bedroom home for a day.

“People always think of Tesla as an electric-car company, but really the whole point of Tesla was to accelerate the advent of sustainable energy,” Musk said.

After Tesla merges with SolarCity, the combined company is expected to achieve more than $150 million in cost savings in its first year. Additional information about the proposed merger is planned for Nov. 1. Shareholders on each side of the transaction are scheduled to vote on the merger on Nov. 17.

In January 2015, Tesla Motors of Florida Inc. signed a lease for a 2.57-acre, 33,750-square-foot warehouse in Interstate Park, 100 S. Lake Destiny Drive near Eatonville, where the car maker built out a showroom, sales center, service center and charging station. This was a second Central Florida location for Tesla Motors Inc. (Nasdaq: TSLA), as the company in 2013 opened a ministore and service center in Longwood. 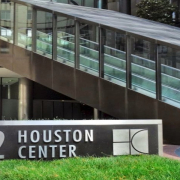 What Will Trump’s Presidency Mean For Miami’s Real Estate?
Scroll to top