The site of the Paseo de la Riviera, a mixed-use redevelopment project in Coral Gables, was acquired for $44 million.

Coral Park Inn LLC, an affiliate of InterAmerican Hotels Corp., sold what’s currently a 54-year-old Holiday Inn across from the University of Miami to 1350 S Dixie LLC, a subsidiary of NP International, led by President Brent Reynolds. TotalBank funded the deal with a $21.5 million loan.

Paseo de la Riviera will have a hotel and an apartment building.

NP International plans to build Paseo de la Riviera with 252 hotel rooms, 224 apartments, 4,380 square feet of restaurants, 14,094 square feet of retail, and a parking deck. The project would include a pathway, called a paseo, between the two buildings from U.S. 1 to the public park behind the structure.

Many members of the Riviera Neighborhood behind the project voiced their opposition to it. When the city commission approved it in late 2015, they told the developer to reduce its height to no more than 126 feet. However, two residents of the city filed a lawsuit in March against the city and NP International seeking to declare that the project should not have been approved because it violates the city’s comprehensive plan. 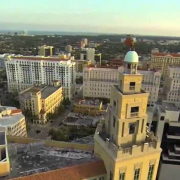 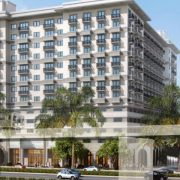 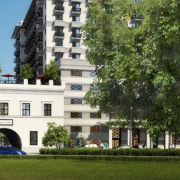