Actually, it was more of a demolition ceremony than ground breaking.  A large piece of construction equipment began knocking down an old warehouse to make way for a television and movie production house While it may not be lights, camera, action just yet, the Florida Film & Television Center located at 50 NW 14 Street, is expected to be up and running within the next 15 months.

“The  film industry has always been an important component of the City of Miami’s cutting appeal,” said Mayor Tomas Regalado in a written statement. “The Florida Film & Television Center will continue to move the City forward in the film industry.”

“This will be the very seedling of a very large industry in Miami that will become an oak tree called the film industry,” said City Commissioner Marc Sarnoff at Thursday’s ceremonies. The new studio will house two 15,000 square feet film sound stages with 12,000 square feet of office space, editing suites and accessory rooms.

The lot is meant to hold productions of all sizes including major movies, television series, and independent films. “Domestic and international production companies want to be in Miami and this state-of-the-art facility will go a long way in securing Miami’s status as a top destination for film and television production,” said Commissioner Sarnoff.

EUE/Screen Gems Studios will design, build, operate and manage the studio, which is on a fast-track construction schedule, and expected to be operating within 15 months.  The company will receive some 12 million tax dollars from the Omni Community Redevelopment Agency to finance  construction of the studio.

It is money well spent, according to Omni CRA Director Pieter Bockweg. “From everything that we have researched and studied, the need for film studios is prime right now for this area,” Bockweg said.

Indeed, the groundbreaking comes just a day after a would be studio, set to be near Miami Gardens, won initial approval  for a $10 million grant from Miami-Dade property taxes, according to CBS4 Miami news partner, the Miami Herald.

The spokesman for Miami-Dade Mayor Carlos Gimenez told the paper, the proposed complex, named Miami Ocean Studios  is backed by Gimenez. His administration first recommended $5 million but then upped it to $10 million for the 900,000 square foot facility.

The production and entertainment complex would be on county land  that currently houses three charities — Arc of South Florida, His House, and Center for Family and Child Enrichment. As part of the plan, the county would give money and negotiate a lease for the land located at 20000 47th Ave.  Ocean studios would also have to provide suitable space for the charities on the property or in another spot.

At the ceremonies for the start of the Miami project Thursday, EUE/Screen Gems President Chris Cooney said the message is simple:  Television and movie producers hire lots of people at high salaries and spend lots of money. “They spend the second they hit the ground in the area,” Cooney told CBS4’s Gary Nelson.  “Whether it’s lumber, dry cleaning, caterers, the whole community benefits from that.”

EUE/Screen Gems has a successful track record of operating production houses in New York, Wilmington, NC and Atlanta, GA.  There is a growing trend of producers eschewing high costs in California, and taking their projects to the East and South.

Miami dangled a carrot in front of the production company:  The building. “We provide the facility, they pay the rent, and they pay a management fee as well,” said Sarnoff.  “It’s a win-win for everyone.”

In addition, the company will pay the city 11% of its take.  The CRA’s Bockweg estimates taxpayers could be getting a half million dollars a year within the first few years of the studio’s operation.

Many Shows, True Lies, Scarface, Bad Boys 1 & 2, Bird Cage, CSI Miami and Scarface, to name a few, have been set in Miami but, with the exception of a few scenes, shot and produced in California studios. The last product to be shot and produced entirely in Miami was the now cancelled cable series Burn Notice. 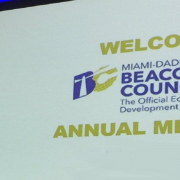 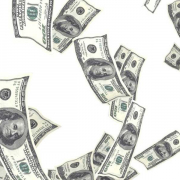 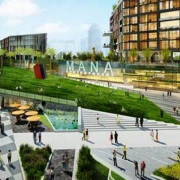 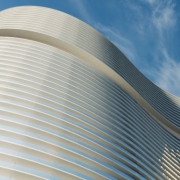 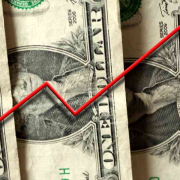 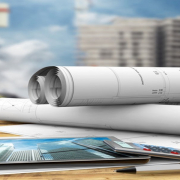 Downtown Miami School Board Project May Soon Become Much Bigger, ‘Could Be A New Brickell City Center’