Homeowner-association board members throughout Florida will have more leeway to raise fees and make contracts with new emergency powers granted by the Legislature.

When the governor declares a state of emergency, such as during a hurricane, board members will be able to borrow money and contract for services without a vote of the full board. They also will be able to carry out government evacuation orders. In addition, the state has given them the ability to charge homeowners new fees to repair common areas — such as a clubhouse — without sending notices to owners, scheduling a meeting or getting a quorum of board members.

“Having to have a certain amount of advance notice to call meetings and a quorum of board members and money you can’t touch in reserves and, meanwhile, the building is exposed to the elements … well, it just didn’t make sense,” said South Florida attorney Donna Berger, who worked on the legislation with sponsors Sen. Jeremy Ring, D-Margate, and Rep. George Moraitis, R-Fort Lauderdale. Berger said the changes, which took effect Tuesday, grew out of the chaos that gripped associations a decade ago when three hurricanes hit the state. She relayed stories of condominium boards that were powerless when residents disobeyed mandatory evacuation orders and threw hurricane parties at the condo pool. The association could have been liable for any injuries, she said. Efforts to amend existing laws only began this year.

The changes give homeowner associations many of the same emergency powers that the state affords condominium associations during emergencies. Board members can designate “assistant officers” who can make business decisions about association assets. Without a vote from homeowners, board members can levy “special assessments,” which are one-time charges to cover emergency-related expenses. In addition, they can borrow money, pledging homeowner-association property as collateral. The one thing condo boards can do that homeowner boards cannot: enter the homes of residents.

Not everyone sees the logic of granting more leeway to the chiefs of Florida’s subdivisions. Jan Bergemann, president of Cyber Citizens for Justice, said the new provisions are unnecessary and dangerous. The group is the state’s largest advocacy group for homeowners. “If all that damage occurs, you don’t need to sign a contract the next day to build a clubhouse,” said Bergemann, who has written to his members objecting to the new measures. “If there is a pipe busted, that’s OK. But you don’t need to sign big contracts.”

During the hurricanes of 2004, he added, local governments and the Federal Emergency Management Agency covered compromised buildings with blue tarps and otherwise protected hurricane-affected properties from further damage. The new regulations allow board members greater latitude to hire contractors without oversight, and that could invite abuses, Bergemann said. Berger emphasized that homeowner-association board members will be limited to using their new powers during state-declared emergencies.

In southwest Orange County, Lake Willis Homeowner Association Board member Jerry Aldrich said he couldn’t foresee his association ever using the new powers granted by the state. During the hurricanes that came through Central Florida a decade ago, he said, Orange County helped collect debris from more than 40 trees that fell or were damaged in high winds. The homeowner board never had to make any contracts. “We’re just a small association,” he said. “I don’t see how it would affect us.” 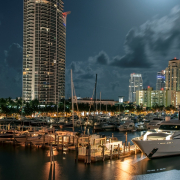 Homeowners Associations Could Lose Their Statutory Right to Impose Fines

Property Insurance Rates Fall Up To 20% For Those With Low Catastrophe Risk...