The 90-year-old Dade-Commonwealth Building in downtown Miami sold for $9.2 million to a group that promises to revitalize it.

The seven-story office building at 139 N.E. 1st Street was originally constructed in 1925 to serve as a branch of Meyer-Miser Bank, but it was heavily damaged by the Great Miami Hurricane of 1926. It was reconstructed the following year. 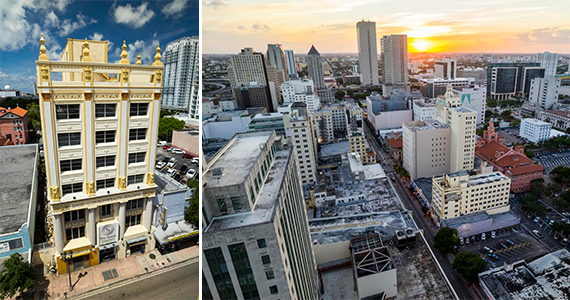 The building still has a 32-ton magisterial stainless steel vault and its original columns.

A joint venture between Immocorp Capital, led by Gilbert Benhamou, and Wynwood Fund, led by Matthieu Merchadou-Melki, bought the 43,265-square-foot building on a 7,500-square-foot lot from Titan Development Partners, managed by Jesus V. Suarez. It last traded for $1.3 million in 2003.

“We intend to revitalize this corner in the heart of Downtown Miami,” said Benhamou. “This is an iconic building that, once upon a time, was the tallest building in Downtown Miami. We were seduced with the historical aspect and story of the Dade-Commonwealth Building.”

The buyers were represented by Urbanize Properties’ Janet Crucet and Kristine Flook plus Sterling Commercial’s Mika Mattingly. Ana Ventura of RE2000 Group represented the seller.